With his spring summer 2015 couture collection, Jean Paul Gaultier began to mend the hearts he broke when he said goodbye to ready to wear.

This collection focused on the many facets of the Jean Paul Gaultier woman; a woman who exerts power, individuality and sexiness at all time.  With colour schemes that varied from pure to bold, Jean Paul Gaultier particularly played with the theme of innocence by presenting a number of sheer white or neutral outfits, that embodied complementing contradictions.

The result? Breathtaking. It was in fact described by singer and model Carla Bruni-Sarkozy’s as “wonderful, original, creative”, she added “it was modern and at the same time it came revisiting the past.”

Other guests agreed but perhaps the most precise observation came from Arielle Dombasle, who called it “outrageously réussi.” 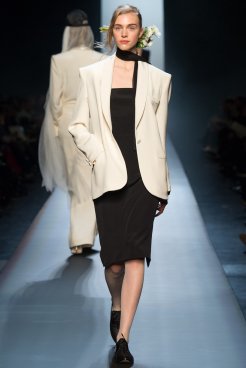 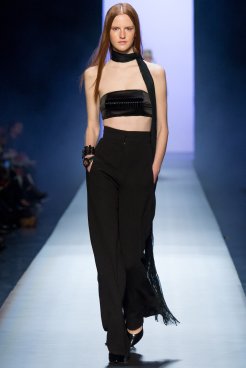 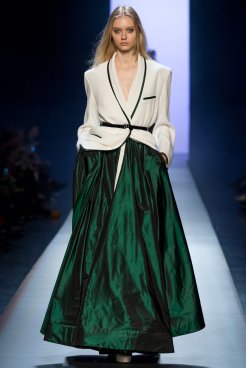 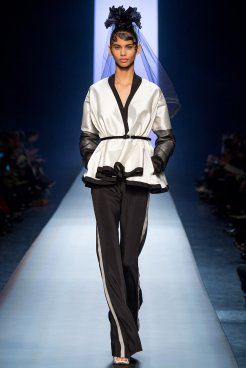 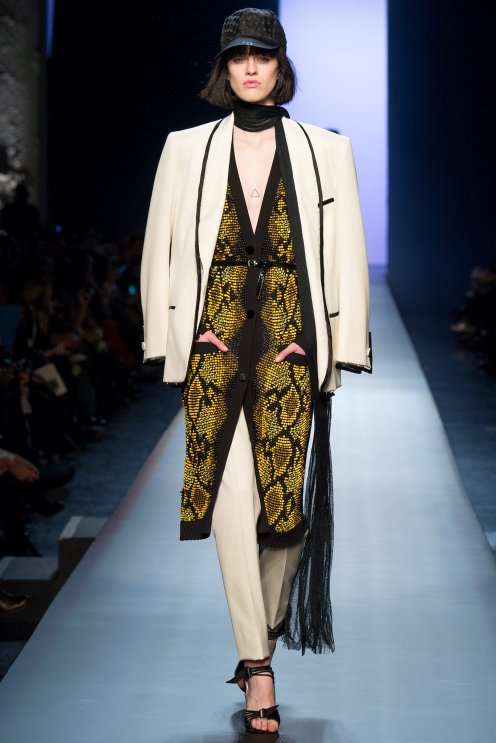 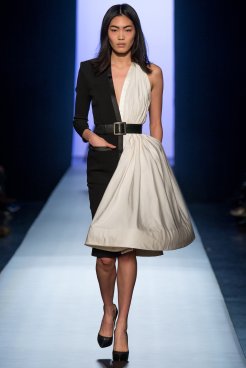 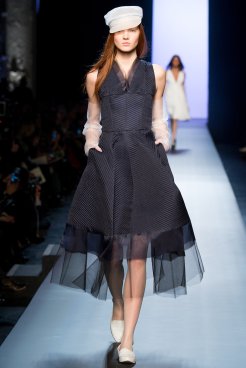 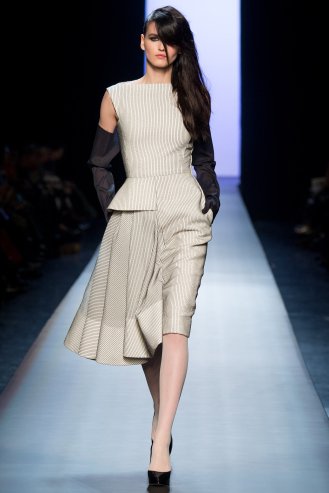 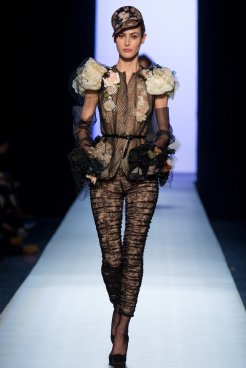 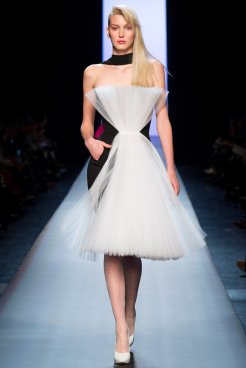 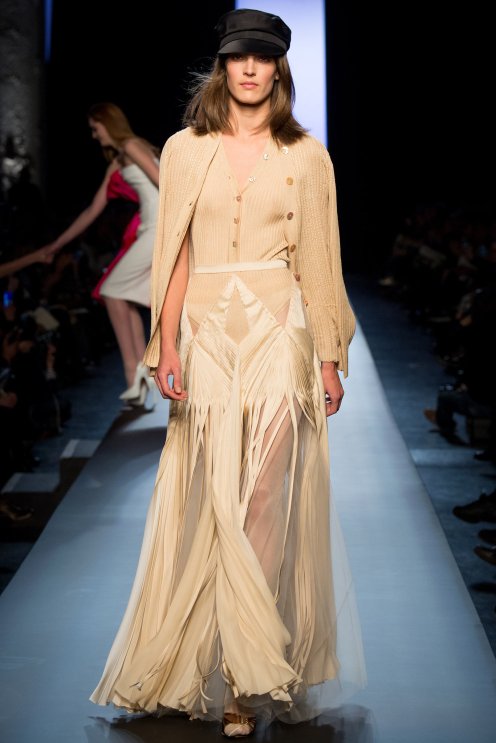 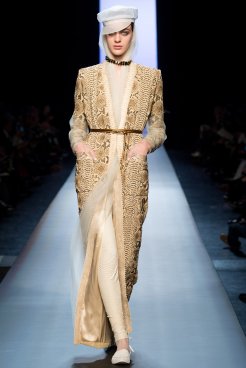 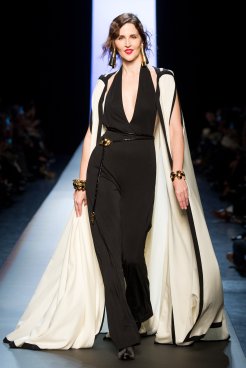 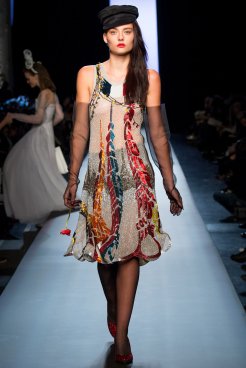 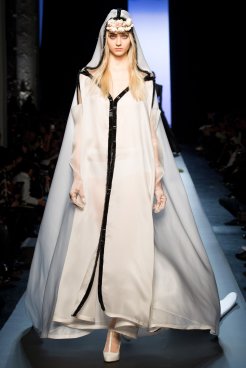 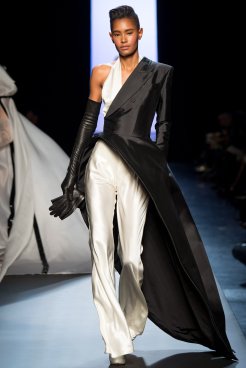 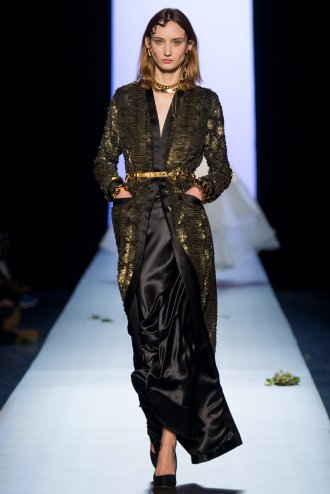 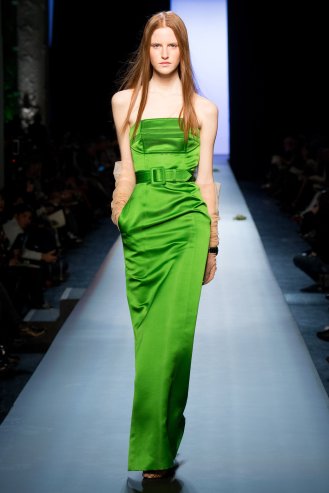 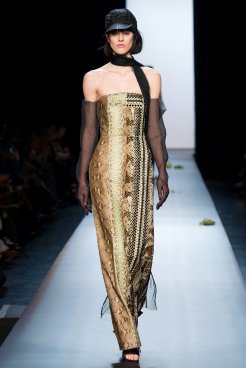 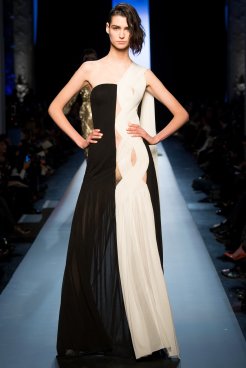 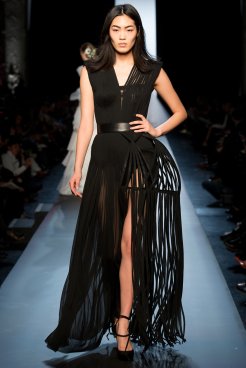 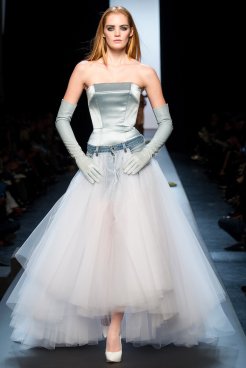 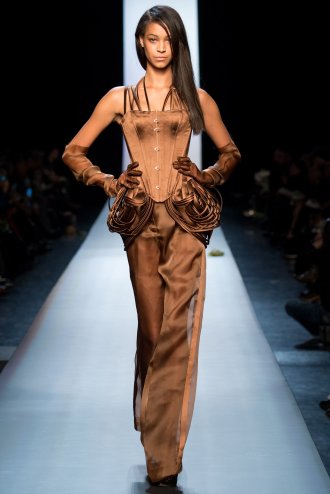 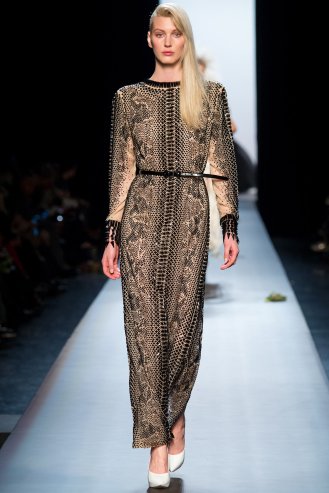 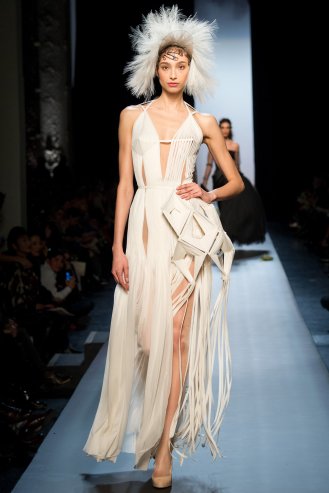 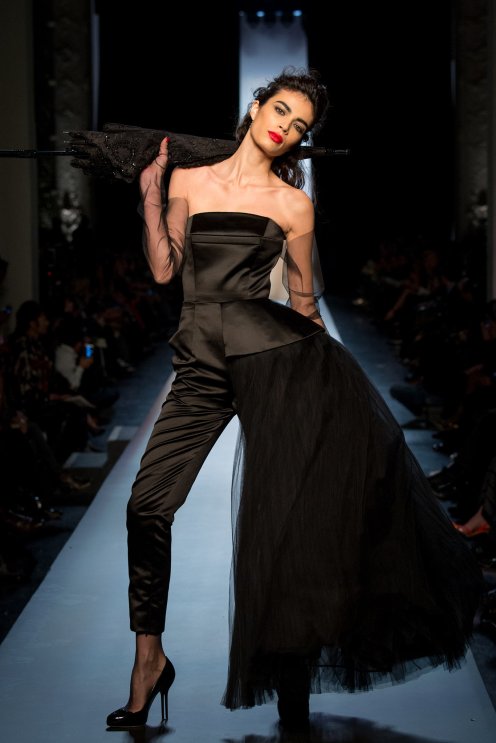 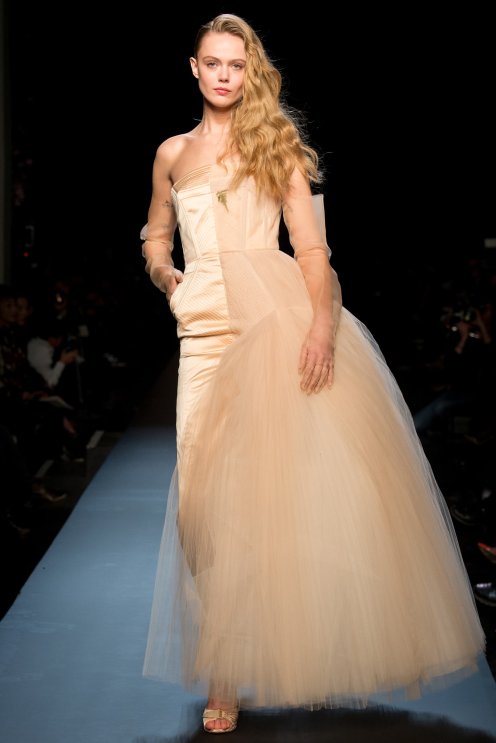 ph source: diary of a clotheshorse