T’s Spring Men Style issue is one to look out for.

With Jean-Michel Basquiat on the cover, the issue explores the painter’s oeuvre, studies his notebooks, muse and style.

Fashion being at the heart of it all, old and new cultural influences igniting trends will hold a number of segments, whose aims are to embrace the ongoing efflorescence of cultural and behavioural change.

This will include a coverage on the influences rap icons, like Kanye West and Raekwon, have on generations and fashion runways. After all, every individual who partakes in street styles makes their own rules. This symbolizes a change in our consumption of fashion. Now street fashion is an art with a power of its own. A power strong enough to influence the relationship between luxurious fashion houses and street style, an element that emerged as a subculture.

A designer capturing and contributing to the change as it happens is Shayne Oliver. The 27 year behind Hood by Air, will also be featured in the magazine. Shayne Oliver is notably in favour of blurring the boundaries between gender. For example, he is a consumer of women’s wear and he makes authentic heteronormative streetwear. This makes him an intriguing and bold representation of a generation rejecting cultural prescriptivism

Perhaps, a style that has always challenged the notions of prescriptive masculinity is the “broody-French-artistic chic”, which will also be explored in this issue by being modelled by a number of France’s finest artists. These include Gaspard Ulliel, Benjamin Biolay, Niels Schneider Jackson Fourgeaud, Hugo Leclercq, Pierre Deladonchamps and François Alu.

I am basically so here for all of this. 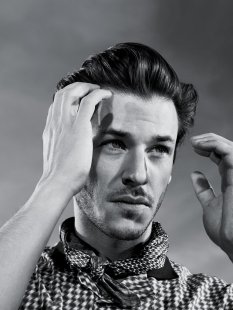 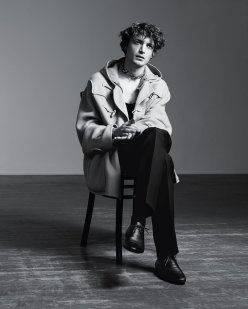